There is a reason why Windows computers have long needed to have really good security in place. It’s because they are everywhere, running all kinds of critical infrastructure and being the workhorses and backbone of millions and millions of businesses – not to mention the music, photo and life sharing hub for families around the globe. 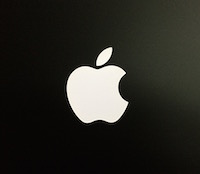 That makes them the best ‘bang for buck’ target for criminals and malcontents who want to make money or cause mayhem. The problem is not an inherent lack of security in the operating system (they all have flaws and vulnerabilities that get fixed as they are found), it’s the fact that everyone and his brother wants to have a crack at it.

This used to give the users of other less widespread operating systems a degree of comfort. Many users of Apple’s Mac OS have long felt far more secure because there were fewer known threats to them. A similar thing has been true of the even smaller subset wedded to the open-source Linux OS and all of its variants.

But as this piece by the BBC serves to highlight, no-one should be complacent anymore. Macs might still be heavily outnumbered by Windows machines around the world, but there are enough of them to interest the scammers and crackers and make their efforts to infect your computer or network worthwhile.

The problem is not rampant, but it is growing and who wants to take the risk – to be the one who is caught out and loses everything or has their business grind to a halt?

We are aware that security is an often revisited theme here, but that’s for good reason. And we’re not a Mac specialist, so we’re not trying to scare anyone into picking up the phone. Yes, we have a solution we would recommend to Mac users and we would supply it, along with the other necessary pieces of infrastructure to keep them safe if asked, but what’s really important here is to get the message out clearly that in this uber-connected world you should take nothing for granted when it comes to your computer security.

Protect your PC, your Mac, your mobile and your tablet because none of them are untouchable.

Previous Post
A New Face for the Customer Service Team…
Next Post
Why Cheap IT Hardware Usually isn’t Cheap IT Hardware
Back to Insights
Menu
We use cookies on our website to give you the most relevant experience by remembering your preferences and repeat visits. By clicking “Accept All”, you consent to the use of ALL the cookies. However, you may visit "Cookie Settings" to provide a controlled consent.
Cookie SettingsAccept All
Manage consent